"So this is it", bemoaned Tyche, "Here I am, imprisoned by Moosh, with my people in slavery, when all I wanted was to promote goodwill between our two worlds...". Moosh didn't take kindly to Tyche's offers of peace and a bridge for trade between their worlds, and so destroyed the bridge, and in a final daring move kidnapped Tyche before returning to his own world and throwing him in jail. A better bridge, so much more secure than it's predecessor, now spans the worlds allowing his henchmen to carry the minerals, oils and precious gems back from Tyche's once free lands, with the citizens enslaved to toil for Moosh's greed.

But the resistance is growing, and if only their leader was back amongst them they could start to fight against the tyranny. And so - with his trusty staff smuggled into the prison - Tyche has escaped his captors and must start to make the journey home...

Back in the late 1980's I wrote Stranded, but my coding skills weren't up to much back then and so I had to limit my ideas for the game to match what I could achieve at the time. Nearly 20 years later, and armed with a far greater knowledge of the Spectrum, I felt I was good enough to revisit the idea and write the game as I had wanted to all those years ago, and so Stranded 2.5 was born.

Featuring a fully-masked player character, additional features to the original such as switches and rotating blocks, a full music score by Lee du-Caine, and all displayed in a crisp 2.5D (hence the title) I feel I'd achieved what I had originally intended to. The music needs a special mention here as Lee produced over 35K of original tunes, nearly 10 in all, which was also released on CD by Ubiktune.

MicroMart - "Though this remains strictly a puzzle game, it's simple, yet challenging, and has addictiveness to keep you entertained for hours ... Overall, it's an enjoyable, challenging experience" - 7/10

RGCD - "Lee Du-Caine has scored an excellent soundtrack that perfectly complements the game ... Stranded 2.5 really sets the bar for what fans should expect from a commercially released game ... highly recommended" - 88% 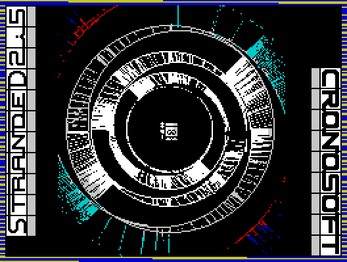 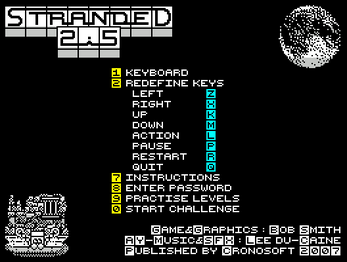 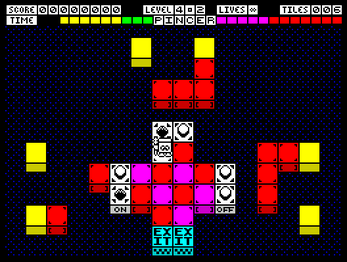 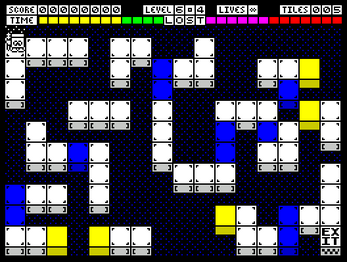 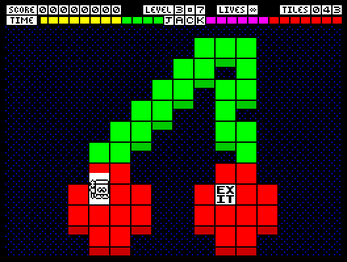