Help Moosh destroy the Bridge between his world and Tysch's by collecting as many tiles as possible on each level of the bridge. While making his way to the exit circle. Some of the tiles you cannot collect, while others do strange things...

Beware most tiles will disappear once Moosh has passed over them.

Every level can be completed within the time limit. If it seems impossible, wait around a while...

Stranded was my first 'proper' machine-code game for the Spectrum, back in the late 1980's when I was still at school. Although I'd done POKEs for magazines, and some nice sprite routines, this was what it was all leading up to.

Written using the McGraw-Hill assembler, which came along with a book teaching Z80, it proved to me that I could, in a small way, write games like Ultimate did where character movement was pixel-smooth and graphics not limited to the 21 UDGs available from BASIC.

Looking back at it development was a nightmare - all the code was stored in separate files on tape, and that keyboard really wasn't good for typing on, whatever Sir Clive might have said at the time!

Finally finished in 1989 (I had to do my exams!) it was very basic, and didn't find a publisher, but I was very proud of it all the same. Many years later a friend told me of Cronosoft, and how they wanted new Spectrum games, so I sent it to Simon, and the rest is history...

RetroGamer - "Stranded is another solid release from Cronosoft" - 7/10 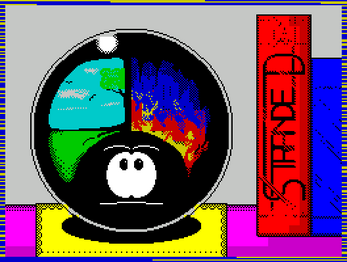 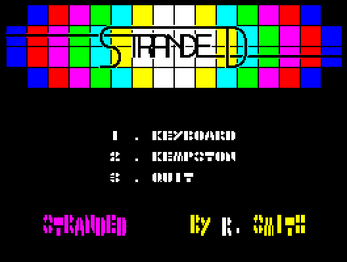 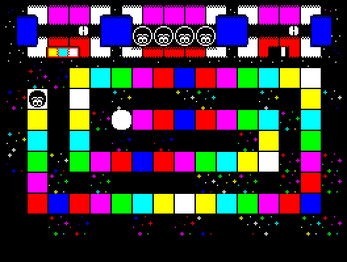 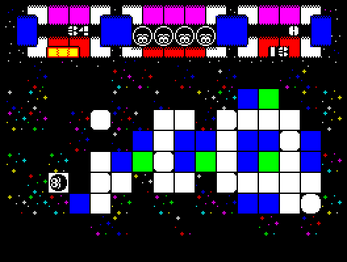 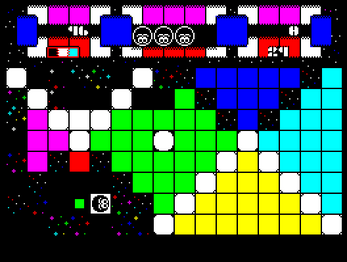