If it moves, shoot it.

If it doesn't move, shoot it anyway.

If it drains your energy, move!

Starting in autumn 2007, with timeout to code ...Hedge Monkeys! splATTR is now finished, and published by Cronosoft. Lee du-Caine is once again at the audio helm, and has produced fast & loud tunes which really push the pace of the game.

The name "splATTR" was created by Andrew Owen on the WOS forums, and "ATTR" is short for attribute, pointing to the fact that the game is entirely based on character squares to provide me both with the ability to render huge graphics, and also to remove the problems of colour clash often associated with Spectrum games. Since everything was character based smooth movement wasn't an option, and so a fast shoot-em'up was born to make the most of the engine. The graphics are large and colourful, and are a nod to the later games by Don Priestly who, starting with "Trap Door", produced a number of games with big, bright graphics which were instantly endearing.

MicroMart - "It's a no-excuses, colourful and fast-paced, full-fat, caffeine-driven psychedelic shoot-'em up oozing class, originality, playability and addictiveness like no other" - 9/10

RetroGamer - "splATTR's graphics take 'chunky' to a whole new level, but are colourful, detailed, and pretty smooth moving with it...All of them are the sort of thing that presumably plague Matthew Smith's nightmares. ...with three levels of difficulty and 32 unique stages each with playing tips makes splATTR more strategic that it first appears and a solid, enjoyable challenge" - 91%

RGCD - "It has to be said that this game just oozes polish - from the great music/sfx throughout and choice of difficulty levels, to the re-definable keys and presentation options of radar type and animated/static backgrounds. It is obvious that this is something quite special and constructed with great care, but it is in the graphical department that this game really excels. Entertaining, addictive and shockingly original, Splattr is the killer-app that the 128KB series never had" - 88% 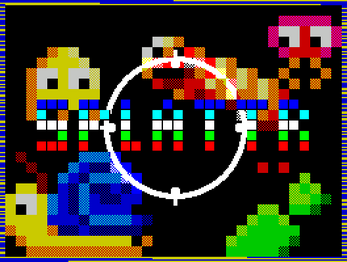 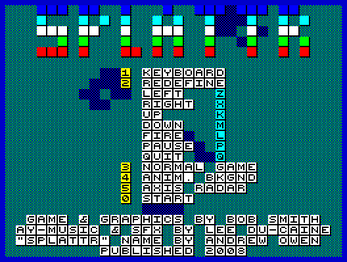 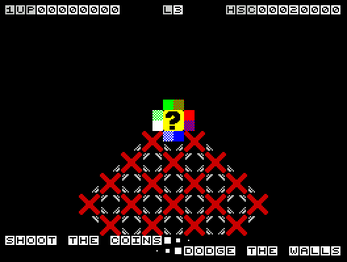 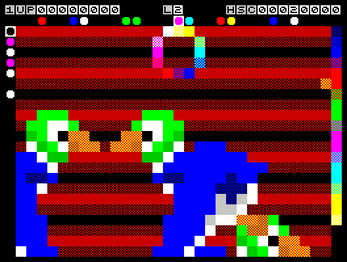 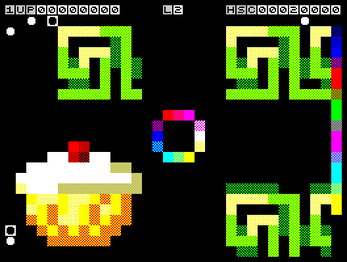