If it moves, knock it out the way before it hits you!

A straightforward single-button game - tap & hold to send your boxing glove towards the endless attack of bizarre objects.

How long can you survive? You only have four lives, and even with a life restored after each wave you're going to find it difficult as the rotations get faster and you end up punching your way out of a cardboard box

Compare your highest score against your friends, and the world, in Game Center.

After the hugely drawn-out development cycle of my first iOS game, Equates I wanted my next game to be much more fun, frivolous, and take far less time to write. So Knockout was born out of a simple mechanic of having the player constantly rotating and only being able to 'fire' - thus forming the basis for a simple one-button game. Throw in various enemies flying across the screen and you get something akin to Atari's Asteroids, but without all that fuss of having to rotate your ship, or any uncontrollable thrusting around.

To begin with I wasn't happy with how the game looked - all photo-realistic - but as I started to reduce the resolution of the graphics, and make them more cartoony, it started to come together - indeed the sprites aren't much larger than I would have used had this been a game on the ZX Spectrum, and perhaps that's why I liked doing them so - certainly it was nice to not have to think of aligning all the colours on character boundaries.

Davey Sloan - "Tons of fun - So simple, yet so much fun. No greedy IAP, good control system, easy to learn, tricky to master" 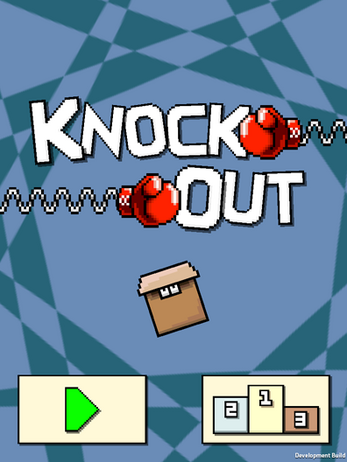 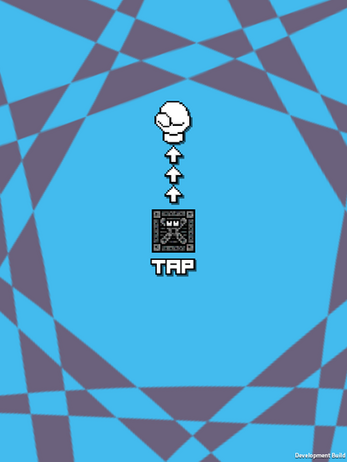 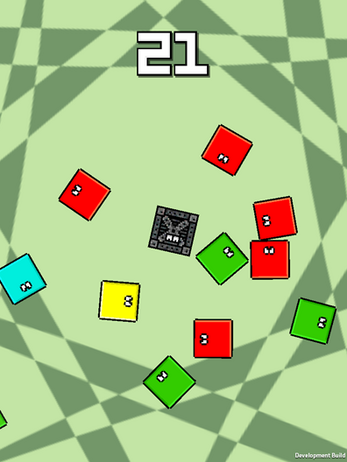